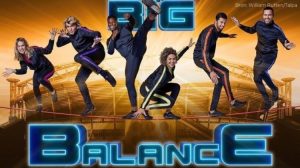 In this three-episode TV event, we see how six celebrities will conquer their fears by learning to walk and balance over a meters-long, few centimeter-wide highline that’s stretched above the most spectacular locations. The Big Balance will be produced by production house ELITAZ , Talpa’s partner in the region. The show will be launched on LNK in 2023. The release date is yet to be determined.

The Lithuanian commission comes after recent production deal announcements for the adventure game show Hunting Season and the music entertainment show Dream Duets. Gediminas Jaunius, founder of creative house ELITAZ: “We are excited to start working on one of the most thrilling TV formats and strongly believe The Big Balance will bring lots of emotion not only to the celebrities who would be participating in this challenging reality show but also to the TV audience and even crew.”

Jurgis Jefremovas, LNK Program Director: “These days one of the main strengths and missions of free-to-air broadcasters is an ability to amuse and surprise the audiences on the grandest scale which is still hardly conceivable for other medias. Therefore, The Big Balance is a perfect „Next Big Thing“ for LNK channels group aspiring to be the leader of the most daring TV innovations in our territory. This fascinating format has all the necessary traits of good free television: live action and drama unfolding here and now in front of a vast live audience, phenomenal human transformation with unpredictable and surprising outcome, and huge potential for the talk-of-town effect comparable only to the finals of the most important sports events. The perfect balance, or The Big Balance, of top ingredients, indeed. I am eager to see what LNK, Elitaz and Talpa will cook up this time!”

About The Big Balance

Highlining is a high-performance sport that is gaining worldwide popularity. It requires balance, boldness, and a lot of guts. On this show six celebrities will take on the challenge of a lifetime, both physically and mentally. They all want to conquer a fear or simply prove their physical courage. They will undergo months of heavy training by the best highlining professionals in the business. Of course, the reality during the training sessions is part of the show, as it becomes obvious that highlining is even more difficult than it already seems, even for the biggest daredevil. Over multiple episodes we’ll see how the celebrities progress. From seemingly simple tasks to the most outrageous challenges. Each time the line goes higher and the distance becomes longer, culminating in the final episode where they must give their all. Who is best able to control their fear, keep their balance and walk to the other side as the winner? Who will have The Big Balance?

The Big Balance is a format by Talpa Concepts and SPEKTR, produced by Talpa Entertainment Productions and distributed by Talpa Distribution.

About ELITAZ
ELITAZ Creative House has been the market leader in events and television production for more than 17 years. The prominent team of professionals, led by Executive Producer Gediminas Jaunius, specializes in producing TV shows, unique formats and international TV projects.

The Company’s creative design has helped ELITAZ become well known and appreciated in the market for high-quality TV content. ELITAZ’s most significant works include international TV formats, such as The Voice of Lithuania, which has been produced in Lithuania for ten years, along with all its spin-offs, Dance Revolution, which the ELITAZ team was the first to produce in Europe and many other international TV formats such as, Dream Duets, Hunting Season and I Can See Your Voice. They have  organized The National Technology award “TechTop” for eight years in a row and many other grand award ceremonies, they were trusted to organize The EuroBasket 2011 opening ceremony in Vilnius.

AboutLNK
LNK TV GROUP is the biggest and the most watched television group in Lithuania. It consists of five TV channels: BTV, TV1, INFO TV, 2TV and www.lnk.lt (VOD platform). The group has a 24,57 % share of Lithuania’s TV market. LNK is the group’s biggest and most popular channel, with 820,000 viewers in Lithuania tuning in every day. That means almost every second viewer in Lithuania watches the LNK channel. Targeting a wide audience of young and active viewers, LNK offers popular shows, local TV series, Hollywood blockbuster movies, and all kinds of popular TV entertainment for the whole family. Weekly, 17 hours of airtime is dedicated to news programs. LNK works with global TV content creators and distributors as well as major TV studios and also locally produces well-known TV formats.

After the sale of Talpa Media to ITV and the subsequent earn-out period, John de Mol set up a new company in 2020 consisting of Talpa Entertainment Productions, Talpa Concepts and Talpa Distribution as the new home for his creative development, production and international exploitation of his content. In combination with Talpa Network – his separate Dutch cross media company consisting of amongst others free-to-air broadcast channels – this is a perfect way to build and accelerate new brands to the market, creating a unique position in the Netherlands. John de Mol, former founder of Endemol and Talpa Media, is known for creating global block busters like Big Brother and The Voice, which has won four Emmy Awards. His last company Talpa Media, founded in 2009, was sold to ITV in 2015. ITV renamed Talpa Media to ITV Studios.