“BLADE FIGHTS” A MIXED MARTIAL ART TOURNAMENT CHARACTERIZED BY THE SPIRITS OF THE FIERCEST FIGHTS IS COMING TO LITHUANIA!

“BLADE FIGHTS” A MIXED MARTIAL ART TOURNAMENT CHARACTERIZED BY THE SPIRITS OF THE FIERCEST FIGHTS IS COMING TO LITHUANIA!

This is an event that has been in the making for more than 20 years,” says Romualdas Klimavičius, a legendary fighter of this fast-growing sport, trainer, and founder of the Blade Fights association. Currently, together with partners – Creative house ELITAZ and TV broadcasting experts Content Bakers – he is working on preparing an impressive, new spectacle – MMA (mixed martial arts) tournament. Already in 2023 on February 4 during the live broadcast on BTV television and the DELFI plus platform, fans of passionate and fierce fights around the world will be able to watch the Blade Fights tournament, accompanied by an intriguing show. What we could once only dream of watching UFC fights in the United States of America, will take place in the Žalgiris Arena in Kaunas already on February 4th. – this is where the biggest and most professional MMA tournament in the history of the Baltic States will take place. 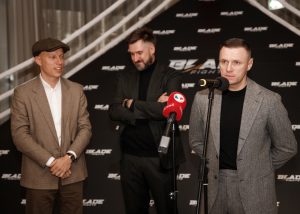 We are happy to offer viewers another exciting competition on BTV, which has been known for many years for its slogan “Always action”. In addition to the broadcasts of the national basketball league, the “Dakar” rally, the “Davis” tennis competition, and the strongman championships, BTV viewers will also be able to watch a mixed martial arts tournament never seen before in Lithuania, which together with musical performances promises to become a big show. We will broadcast it live”, says Jurgis Jefremovas, program director of the LNK television group. 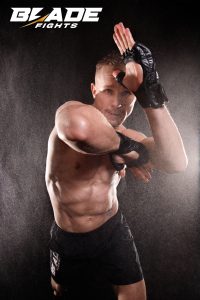 MMA is a relatively new but rapidly growing sport based on full-contact, low-rules, extremely high-level fighting that allows for a variety of styles. “This sport has existed in Lithuania for several decades, a lot of experience has been accumulated in both sports and training, but we have always dreamed of raising the bar of tournaments, making them prestigious. Therefore, only the fiercest fighters will compete in Blade Fights – anyone who wants to enter them will have to go through a long road of battles and victories. We hope that this will not only create an impressive spectacle, but also help to raise the level of this sport in Lithuania,” says R. Klimavičius, and his promise that more than one star of this sport will appear in the first tournament leaves quite a bit of intrigue. And it is definitely worth it – the arrival of famous fighters from Myanmar, Brazil, Japan, Thailand, France and other countries is expected. 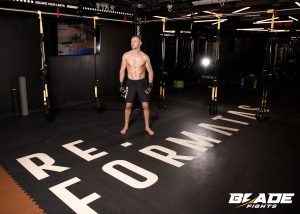 A special broadcast for a special event

According to Tomas Skamaročius, the director of the upcoming broadcast, everything is thought out down to the details when preparing for the broadcasts – the goal is that the quality of the presentation of the event and the spectacle is impeccable, dynamic, full of emotional fire, and at the same time – allowing you to get to know this sport more deeply. “For example, we’re going to use special Phantom cameras that can capture images up to 1,000 times per second!” This allows you to create an impressive slow-motion effect, which is so important for conveying emotions or analyzing punch attacks. By the way, we will use 16 cameras to record the fights, so we will shoot from the best angles, allowing us to reveal the technique and skill of the fighters and the scale of the event. We do not look at this project as an ordinary broadcast of ordinary competitions, so everything is important to us: from sound to lights” – says T. Skamaročius. 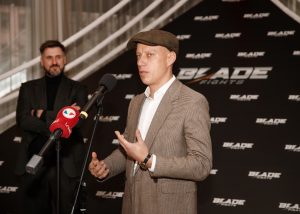 Athletes’ performances will be accompanied by an engaging musical show

As mentioned, the prestigious tournament will be distinguished not only by the performances of the stars representing this sport, but also by the elements of the show: “We want to create much more than a mixed martial arts tournament, so we will aim to include as diverse audience as possible, interest them not only in sportsmen’s performances, but also in musical performances, Freestyle rap battles, acrobatic and other numbers organized by Flow music agency, and before the main fight, the audience will be treated to a special surprise – a performance specially created for Blade Fights of a guest star ”, assured Gediminas Jaunius, chief producer of Creative House ELITAZ. 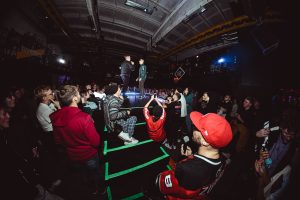 It remains to be added that this project stands out from other similar entertainment events implemented in Lithuania in terms of its educational commitment: its organizers are very interested in spreading the word about MMA as widely as possible, raising the quality and prestige of this sport in our country, hoping that it will attract not only the attention of fans of these fights, but also of sports strategists. One such educational example is the seminar that will be held in Kaunas on November 25, which will be led by one of the most famous MMA fighters from the Netherlands, multiple world champion Andy Souwer.